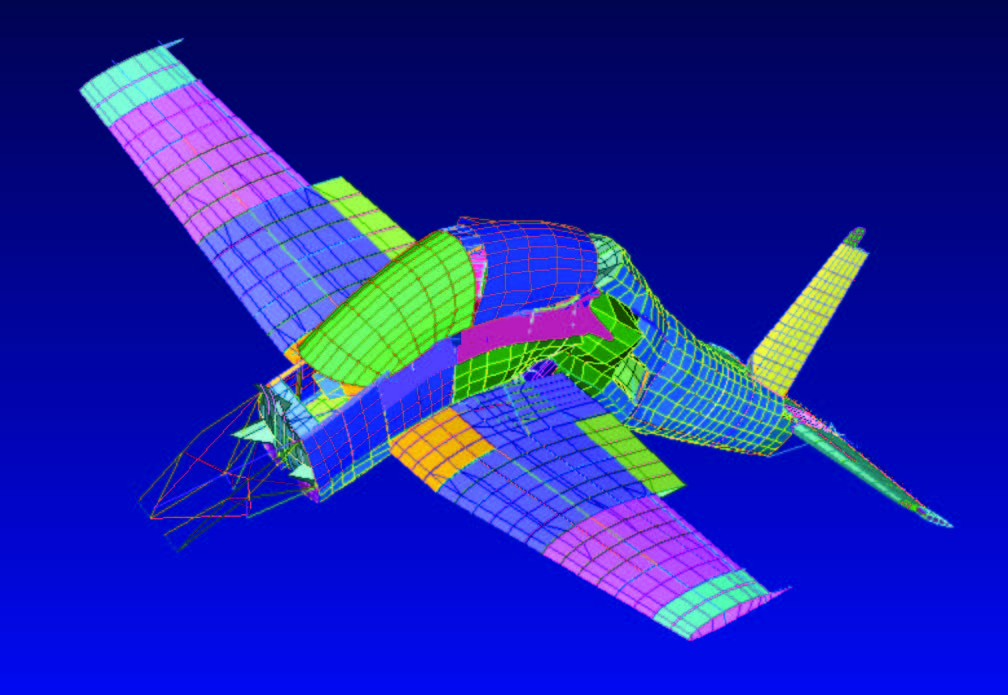 In its work for Pilatus, Aquila Engineering develops modification orders, which require the use of finite element analysis (FEA) to perform structural analyses of the proposed modifications to the planes. Accuracy is critical. “In the aircraft and aerospace business, there is no room for poorquality engineering,” says Ben Terrell, the Perth engineering manager at Aquila Engineering. “Safety is always first.” Modifications must comply with regulatory requirements, and the costeffectiveness of these changes is important to the customer.

In the past, Aquila Engineering used MSC/Nastran for Windows. After learning that the finite element modeling software would no longer be supported, the company tried another similar software product, without success. “The user interface for the new product was vastly different from what we had been using and we didn’t receive sufficient training,” says Terrell. “Even worse was the fact that we could not use our legacy models. Also, support for the product was email-based and there was no one person we could consistently deal with.”

With FEA playing such a critical role in its work, Aquila Engineering decided to see what else was available. In looking for a new FEA solution, compatibility with the legacy models was critical. Other requirements included affordability, an intuitive interface so that the software could be quickly learned by engineers who had used other FEA programs, and product support from someone who knew the product well and was available by phone. Training was another important consideration. The company wanted to be able to get productspecific training when it needed it to maximize the impact of the instruction.

Aquila Engineering chose Siemens PLM Software’s Femap™ with NX™ Nastran® software and Siemens’ computer-aided engineering (CAE) partner, EnDuraSim. The selection met all of Aquila Engineering’s technical requirements, as well as brought the company a new level of compatibility between FEA and CAD. The company was already using NX for drafting. By choosing Femap with NX Nastran, Aquila Engineering gained the ability to import geometry from NX that it could then use to create its finite element models. (Aquila Engineering also uses Teamcenter® software from Siemens for data management.)

“The ‘mentor’ training offered by EnDuraSim is a great service,” says Terrell. “Engineers are receptive to training that is projectspecific and there is an end goal. Also, the training is tailored to how we use the product. That is to say, there is no time wasted on aspects of the product that we will never use.” Another important benefit of this training was that no productivity was lost; the training was focused on the actual project Aquila Engineering was working on at the time the training took place. EnDuraSim also provides the engineering firm with on-going “phone support that sets them apart,” according to a number of engineers at the company who have personally leveraged the service.

The project that was underway when the mentor training was delivered was a splice repair design for the upper longeron on a particular aircraft. From the analysis, the company wanted to ascertain the loads within all the members and obtain rivet loads from the free-body diagrams for each part. Because the longeron is a single load path structural member, fatigue and crack growth investigations are essential. Proprietary software was used in conjunction with Femap with NX Nastran for this investigation.

The finite element model for the longeron was a refinement of the company’s existing coarse model, rather than a separate sub-model. Its accuracy was verified by comparing the FEA results with physical test data. “Using Femap with NX Nastran, we were able to validate the model using measured strain data from a full-scale load test conducted years earlier,” notes Terrell.

In general, finite element modeling methods have improved with the new software. “This is due to the vast but specific pre-analysis tools available for model definition, as well as post-analysis tools for results review, including the ability to sift through huge amounts of engineering results data with minimal effort and computer resources,” explains Terrell. “These changes have significantly improved productivity. With Siemens’ technology, our engineers now focus on engineering and not the software.”

There has been a 50 percent gain in speed in terms of modeling and results processing, since the new FEA software was adopted. Also, NX Nastran is a faster solver than the company was using previously. Analyses are accelerated manyfold due to the multi-processor capability, which NX Nastran can use during solutions.

Terrell estimates that his company has saved “tens of thousands of dollars due to the improvements in modeling and analysis speed, as well as improvements in the accuracy of models.” Ultimately, the company’s engineers believe that the analysis tools have directly and measurably improved the quality of their work. One senior engineer notes, “We have more confidence in how we go about tackling challenges for our customers, and this comes across in our regular interactions with them.”

Another financial benefit of this FEA solution is reduced testing costs, even while meeting the demanding regulatory requirements involved with aircraft. “Femap with NX Nastran directly improves the quality of our work, and this is seen in the reduction of prototyping and testing required,” says Terrell. “This software aids us in meeting very strict aircraft regulations.”